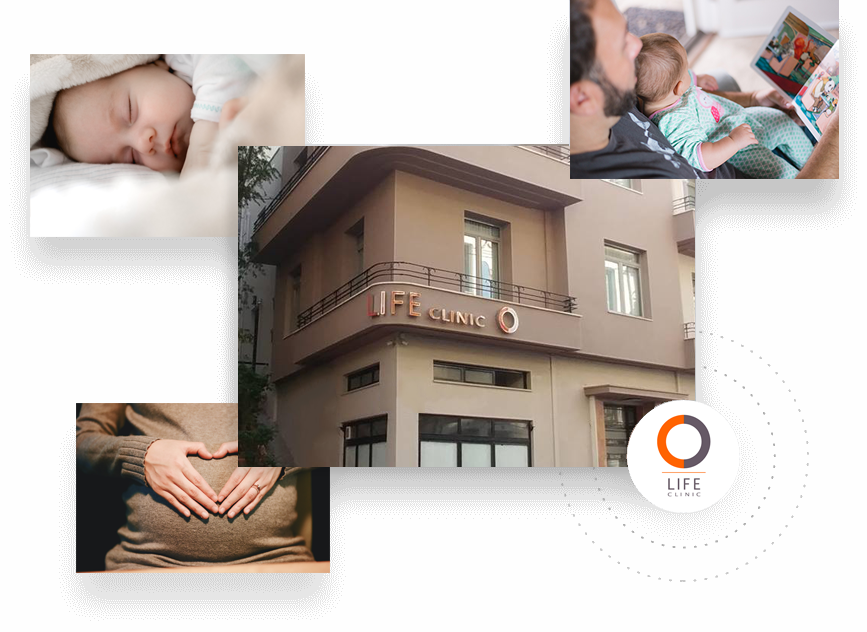 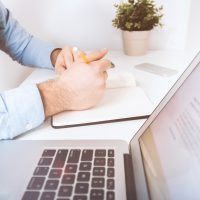 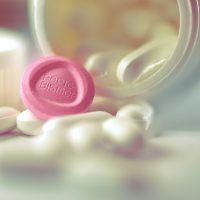 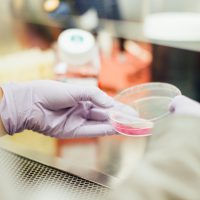 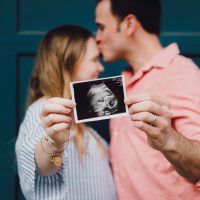 After 5 years we finally got a babyboy with help from Dr Dimitri. In Sweden they just told us to sit tight and relax… the hormones and in the end, IVF didn’t work but the doctors here didn’t want to listen when I said that I thought my immune system was too aggressive.
So a friend told me about Dr Dimitri and LIFE CLINIC and after we contacted him, we felt understood and hopefull. We are so thankful for all help and support.

We did several IVFs all around the world (Austria, United States, and Taiwan). I got pregnant twice, but had two miscarriages. Already after the first miscarriage I suspected an immune problem, and insisted on testing. The test result was an increased number of natural killer cells, but the only thing the clinic in Austria gave me, was intralipid infusions every four weeks after the transfer. There were no blood tests to observe my immune system. So I got pregnant, but had a miscarriage in the 10th week.

After that, I was convinced that I could never maintain a pregnancy, and since we had still three embryos left, my husband and I opted for surrogacy in the US. We found a wonderful surrogate mother, but unfortunately the embryos were broken when thawed in the US. So I flew to California for a natural cycle IVF, but there was no viable embryo. So we needed to give up the surrogacy process.

After two years, we had moved to Taiwan and did another IVF there. This time we had two blastocysts and had them tested, because I wanted to make sure that it was my immune system and not the embryos why I could not maintain a pregnancy. So we transferred the genetic healthy embryo. I insisted on intralipid infusions, but again nobody observed my immune system. So I had another miscarriage in the 10th week.

Finally, after doing research on the internet, I found Dr. Dimitri and Life Clinic in Athens. The moment I saw his immune specialization, I knew that if somebody could help me to get pregnant, it was him.

I first went there in September 2018. My first impression was very positive. Dr. Dimitri was not like all those doctors at the other IVF clinics who seemed to care only about money. He welcomed me warmly and gave me hope. He did the Chicago blood test, and planned my immune therapy accordingly.

It took me several attempts to finally get good blastocysts. Finally, in November 2019, we got two, and transferred both in the same cycle. And thanks to Dr. Dimitri’s perfect immune therapy I got pregnant.

During that year of visits in the clinic, Dr. Dimitri and Eleanna became like family to me. They always encouraged me and had time for me.

Dr. Dimitri observed my blood values during the whole pregnancy and adjusted the immune therapy accordingly. I just gave birth to a healthy baby boy, and plan to come back in one year for a baby girl.

Without Dr. Dimitri, I would not even have dreamed of one child, but he gave me the certainty that I could get pregnant and get a healthy baby. He is a real genius.

I warmly recommend him to every couple with immune problems.

Thank you Dr. Dimitri! I will be eternally thankful to you. You made my dream come true.

I truly with all my heart recommend Life Clinic and Dr Dimitri. After many years of trying to get pregnant with repeatedly heartbreaking miscarriages, he helped us fulfill our dream of becoming parents by discovering my immune problem that no one had seen before. Dr Dimitri and Eleanna are wonderful, warmhearted and caring people and this clinic is so far from some other clinics where only money counts as soon as the papers have been signed. Dr Dimitri has a great knowledge in immunological problems and we directly felt a great confidence in him. Thanks to him we now have a six weeks old wonderful little son. Lot’s of love from two happy parents in Sweden.

Hello Dr Dimiti, I am sending this mail to let you know that I gave birth to a healthy boy! Our daughter became a big sister and me and my husband suddenly had two children. I can’t believe this happiness is happening!! Two years ago I visited you in Athens after 7 IVF failures and that was the best decision I’ve ever made in my life. I am you forever grateful to help me get these children. I cant express my gratitude enough. Thank you thank you thank you!!!!!!!!!!!!!! Dr Dimitri for president!!!!! I am so glad I met you. I wish you all luck and happiness in your life. Once again – thank you so so much.

No worries about coming back to me late! I trust you completely and after almost two full pregnancies with your support I’ve learned that you always are quick to reply when it’s really needed!

I will do as you suggest.

After years of failed attempts to get pregnant and to keep a pregnancy we decided to get help from Life Clinic and Dr Dimitri Papanikolaou. We can truly recommend his expertise on immunological problems and fertility. They made us feel well taken care of and have provided professional support through out the hole process. We are convinced that without Dr Dimitri Papanikolaou’s help we wouldn’t have our wonderful little baby girl. We are forever thankful for the help we got from Life Clinic!

Dr. Dimitri Papanikolaou at lifeclinic.gr has been imperative to our fertility success. He is by far the most professional, knowledgable and caring Fertility Doctors in Greece. After 8 years of IVF treatments he was able to find the perfect ivf/immune protocol that got us our baby. He also specializes in reproductive immunology which is hard to find in the United States. Lifeclinic.gr is not just another busy fertility clinic it is like a family. You get one on one attention with Dr. Dimitri at every appointment. He even monitored my pregnancy after I returned to the U.S. all the way until birth.

After six missed abortions over a period of two years we decided to get help from Life Clinic Athens. I cannot recommend them enough if you suspect you have immunological issues (I recommend checking out the book “Is you body baby-friendly?” to learn more about immunological issues during pregnancy).
Dr Papanikolaou and the team are great and you feel very well taken care of. We were able to carry through our first pregnancy with their help and now have a healthy little girl. Life Clinic Athens made our biggest dream come true and we cannot thank them enough.

"Längtansresan is an autobiography about being involuntary childless. It's a story about a sorrow without ending, about an alienation that is difficult to understand for everyone who has children and about living with a constant longing.

The book takes you on a personal journey through a life that is arranged after the menstrual cycle and where hormones, medications and travels to a clinic abroad becomes normal. The reader will follow Emelie through several IVF-attempts, repeated miscarriages, immunological investigation at Life Clinic in Athens, egg donation attempts and an endless waiting for the child that never comes.

The limits for how far Emelie is prepared to go are pushed forward and feelings like anger, envy and bitterness is threatening to take over. But it is also a story of courage, persistance and a strong hope that will never die."

(Currently only available in Swedish) 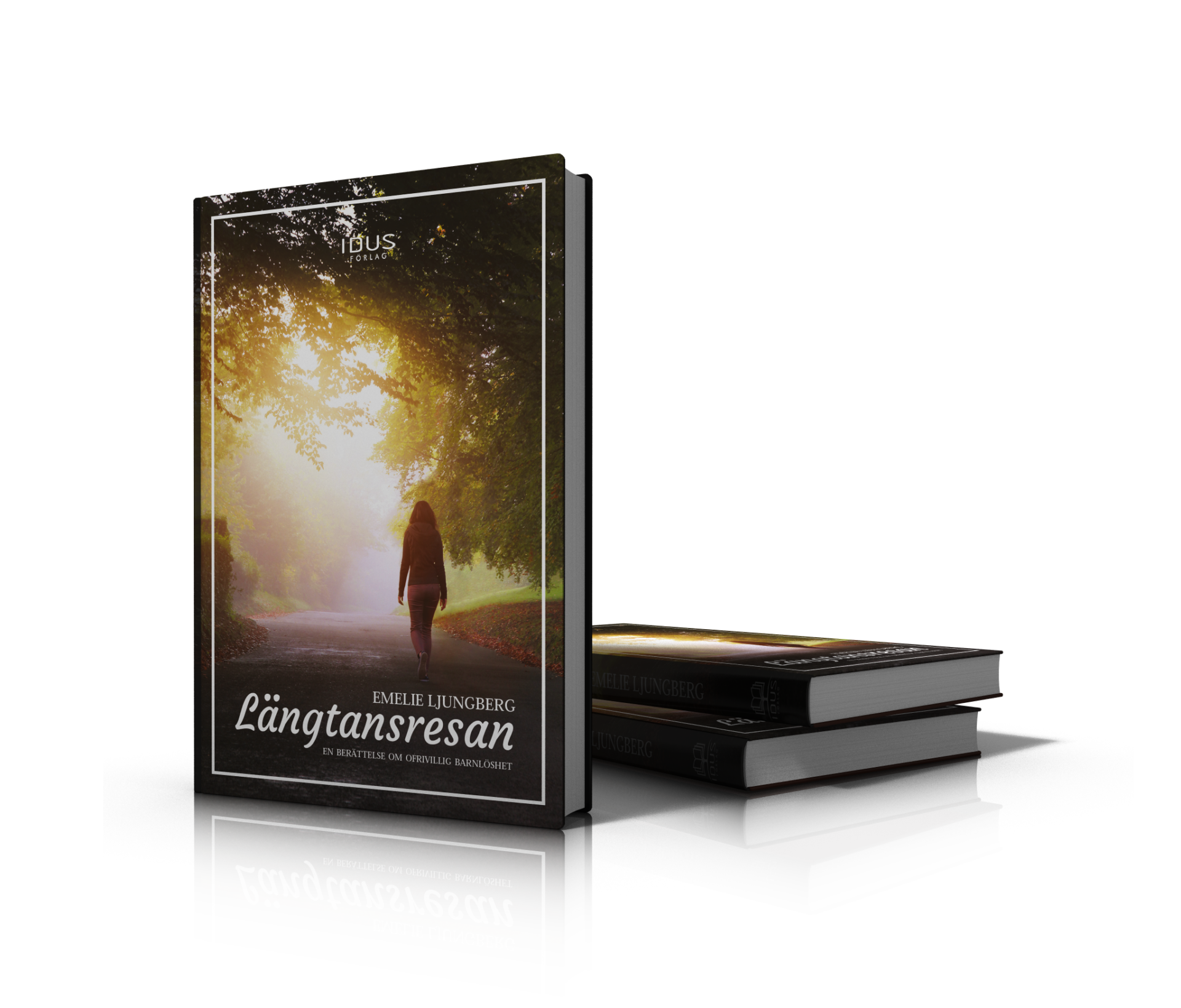 "the book is available via online book stores in Sweden" or you can find it here:
https://emelieljungberg.se